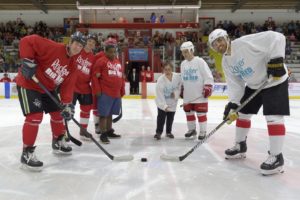 NHL legends, rising stars, Cornell Hockey alumni and a host of local celebrities laced up their skates in support of Racker July 14th, and while Team Racker skated away with the trophy, the event was a win for the entire community, with more than $124,000 being raised in support of Racker’s early childhood programs.